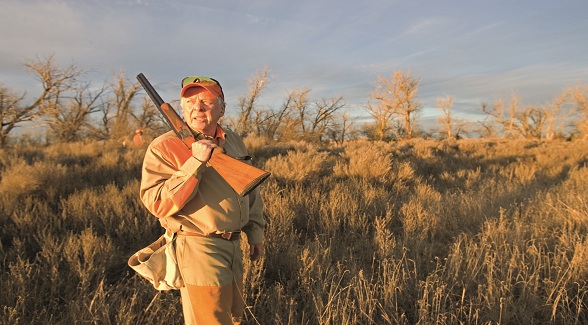 The value of Texas ranches has increased greatly as a result of recreational activity, and Boone was among the first to recognize this potential for landowners in the northern parts of Texas.
In fact, Pickens has bought a number of working livestock ranches, improved them with his wildlife enhancement programs, and resold them.
“We always made a profit from the ranch sales,” Boone said. “But what I really feel good about is knowing that we left the land in better shape than we found it.”

Since before statehood, Texas ranch values were harnessed to livestock production. When Pickens began his ranch real estate business, few prospective buyers were interested in wildlife value. That attitude has changed dramatically. Recreational use, primarily linked to hunting, is a major reason why land values in Roberts County have escalated over the past decade. In an era of shrinking wildlife habitat, land that was traditionally used for livestock production is more valuable when improved for wildlife. Much of the increased value in Roberts and surrounding counties is due to Pickens’ continued efforts to promote the area.
The astute businessman is also creating a template for his neighbors to use in dealing with energy companies, which often own rights to explore for gas and oil under private property. Like many modern landowners, Boone does not own all the minerals under his sprawling ranch. Standard agreements call for exploration crews to restore any damage caused by their heavy equipment. The usual phrase is “restore to original condition.” Pickens sued one company that offered to pay a $60,000 settlement for the damage its machines had done. Most landowners would have gladly cashed a $60,000 check and considered it a windfall. But Boone has spent a considerable fortune improving his ranch, and he had the receipts to show just how much it had cost to transplant native grasses and trees. In arbitration, Mesa Vista was awarded more than $1.5 million. He quickly informed his Roberts County neighbors of the award to help educate them on the importance of ensuring that oil and gas operators treat them equitably.
In another case, a grove of 144 hackberry trees stood in the path of heavy equipment. Pickens requested that the pipeline company rolling across the ranch give him notice when they neared the grove so he could use a tree spade to relocate the trees. The contractor waited until his crew was within a few working days of the grove to give notice. It wasn’t enough time to rescue that many trees, so the company brought in a bulldozer and leveled the grove, then offered to reseed the damaged area until grass was established. Due to courtroom renovation, that case was settled in 2010 with judge, jury, and witnesses crowded into a 20-by-30-foot training room at the Miami Fire Station. Mesa Vista won on all but one count. The 144 hackberries cost the company $1,000 each.
“What we’re trying to do is change the traditional way that land has been treated,” says Pickens. “It’s going to be treated with respect.”
Roberts County sits over the Ogallala Aquifer, the largest groundwater reservoir in the United States and one of the largest in the world. The aquifer extends across eight Great Plains states and covers 174,000 square miles, much of the region sparsely populated. The Ogallala Aquifer is estimated to contain over three billion acre-feet of water, stretching from South Dakota to Midland, Texas. The Ogallala holds enough water to cover all fifty states with eighteen inches of water.
Boone’s geology background made it obvious to him that water would eventually become more valuable than oil. When he bought the first small piece of the ranch that would become a showplace, he knew there was groundwater beneath the sandy soil. He had no idea how much water was there, nor did anyone else at that time understand the eventual importance of a natural resource that most Americans took for granted. You turned on the faucet and the water came out. It was cheap and it was abundant, at least in the 1970s.
“When I made the first land purchase in 1971, we started drilling water wells for windmills and discovered that it was almost impossible to drill a dry well,” recalls Pickens. “The water was important for my wildlife plan, and that’s how I used it. We buried PVC waterlines to create a system of artificial creeks. Permanent water holes were created at intervals along the waterlines to provide surface water for all wildlife and for the quail in particular. The water was great, and it was readily apparent that our system of artificial creeks helped the quail, even in years when we didn’t get much rain. It took a while for me to realize that Roberts County was sitting over a veritable ocean of pure water, and it took even longer for the potential of that resource to sink in.”
Pickens wasn’t the first to buy water rights in the Panhandle, but with his legendary insight he soon realized that these vast water resources could and should benefit more than recreational ranching. Texans can cut back on the use of oil and natural gas and develop alternative energy sources, but they can’t do without water for a growing population. Aggregated in a partnership with fellow landowners, Boone has focused on the important role that the stranded, surplus water could play. He has championed prudent and equitable water use, believing the valuable underground resource can be redistributed from an area of low population and abundant water to cities where population growth overwhelms the water supply. 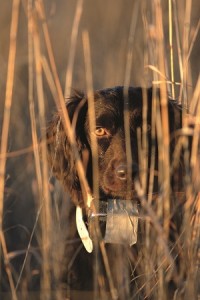 With the Panhandle’s relatively few inhabitants, about 95 percent of water use goes to irrigation. Boone believes this is no longer the best use for such a valuable resource. Although farmers don’t use nearly all the water under their land, they object to the idea of water being moved from the Panhandle to densely populated cities. But Pickens sees no difference between moving surplus water to an area where it can be used and hauling locally raised crops out of the region to distant markets. And farmers are actually getting less for the water when mandated through grain production. “I’d like to see the legislature place all of the Ogallala Aquifer under a commission that would treat all landowners equally. The landowner would have an option of selling his water into the grid or using it to irrigate crops. Everyone would get the same amount of water.”
Pickens’ idea could have far-reaching consequences for wildlife. In a meeting at the offices of the Lubbock Avalanche Journal, he got into a conversation with the newspaper’s ombudsman, a woman whose family owned a farm north of Lubbock. Boone was outlining how the water could be better used. One of the executives said Boone’s ideas were bad because the Panhandle economy was built on farming. The ombudsman, however, was interested in what Pickens had to say because she knew her family was tired of farming.
“Well, you could sell the water that you’re now using to irrigate crops,” Boone said. “If you sell the water, you’ve got two options for what to do with the land.” He went on to explain that the family could either switch to dryland farming (growing crops that do not need to be irrigated) or put the land into a conservation reserve program (CRP), which pays farmers to let fields lie fallow. In fifty years, the fallow farmland reverts to a pristine prairie.
“Nobody loses in a deal like this,” says Pickens. “Whether you use water to irrigate crops or sell it for municipal use, everybody should have the same allocation – one acre-foot per surface acre of land. I think most people would choose to sell their water and let the land return to native habitat. We have the potential here to restore 23 million acres of wildlife habitat. In some of the Plains states, I’ve heard people get excited about saving several thousand acres of pristine prairie. Wouldn’t it be great for Texas to reclaim most of the Panhandle for wildlife?” 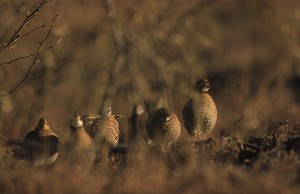 Moreover, Boone’s emphasis on wildlife and his desire to expand and improve his ranch holdings has put Roberts County and the entire Panhandle on the map of desirable areas to buy for recreational property, escalating real estate values. His focus on wildlife habitat and his water play have arguably brought more than $200 million into the Panhandle since 1997; that figure could increase dramatically by 2020. He’s been like a one-man chamber of commerce for a region that most Texans know only because they drive through it en route to New Mexico or Colorado.
Boone Pickens will be remembered as a good steward, a good businessman, and a good neighbor. He is a true advocate for change, a tireless steward of the land, a friend of wildlife, and a business genius whose selfless business deals will benefit the residents of Roberts County for generations to come, the generations he has yet to touch.
Reprinted by permission of Collectors Covey Gallery. Copyright © 2011 T. Boone Pickens. All Rights Reserved. 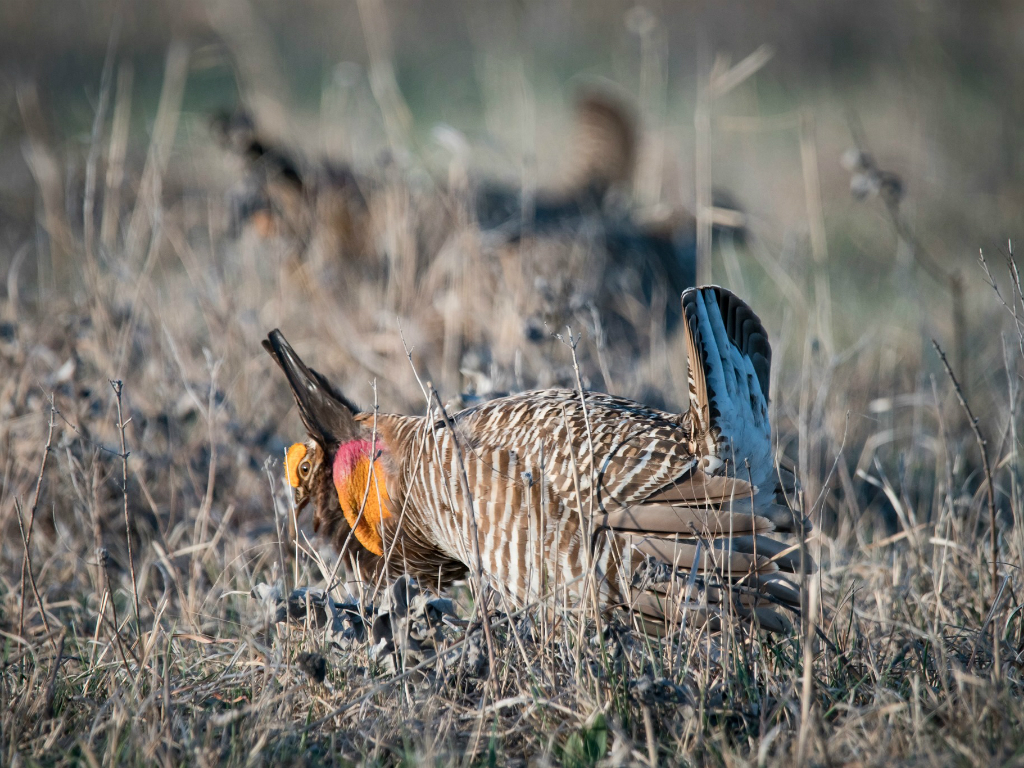 A grassroots movement of private landowners working with agencies, non-profit organizations, and policymakers to collaborate … 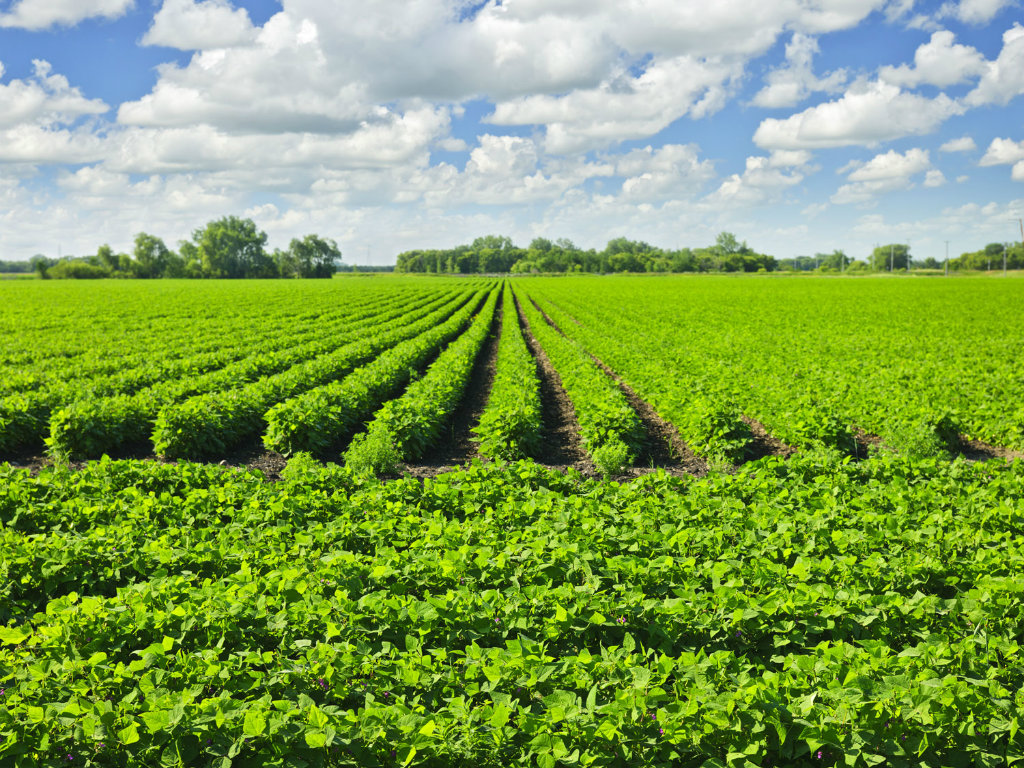 Each year an average of 57,900 job openings are created in agriculture and renewable natural …