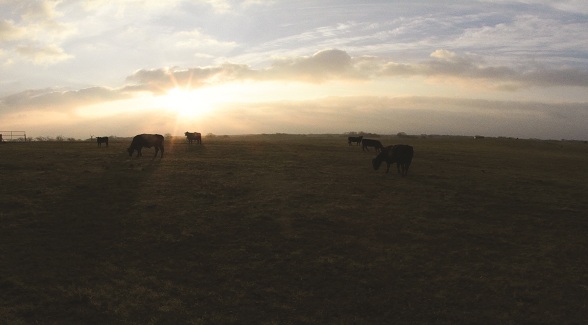 By Henry Chappell
To the untrained eye, the first signs of trouble at Camp Cooley Ranch materialized in April 2008. That was the spring the USDA’s National Veterinary Services Laboratories announced that one of the thousands of cows on the iconic Central Texas ranch had tested positive for a deadly disease.
Bovine malignant catarrhal fever is no ordinary virus. It’s the sort of dreaded malady that experts only refer to by its abbreviation: BMCF. Why? Because bovine malignant catarrhal fever is as bad as it sounds. No known cure exists.
Although BMCF causes no havoc to its host — in this case, a wildebeest in the ranch’s exotic game preserve — it can be lethal to ungulates such as cattle and bison.
And herd losses can be devastating.
The USDA’s subsequent quarantine order was a brutal blow to Klaus Birkel. Camp Cooley’s owner had pledged his ranch’s most valuable assets — its mineral rights, his prized genetics, and of course the land itself — as collateral for a number of other investments. In the aftermath of the quarantine, two lucrative cattle sales were postponed. Then the entire 3,000-head Camp Cooley herd was sold off.
Defaults and vicious lawsuits followed. By November 2009, Birkel’s Camp Cooley Ltd. had been brought to its knees. Bankruptcy protection was not just Birkel’s best option. Given the dire circumstances, it turned out to be the only viable option. Unfortunately, Birkel’s timing couldn’t have been worse.
Caught between the Great Recession and Europe’s sovereign debt crisis, the US economy was on life support. Foreclosure numbers had skyrocketed. Unemployment figures were soaring. Every statistic pointed to a worst-case scenario, including the market for Texas farms and ranches. 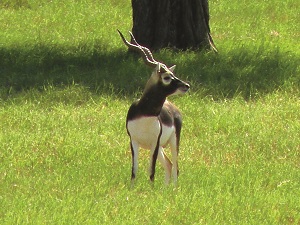 By the time Camp Cooley Ltd. filed for Chapter 11, rural title companies were devoid of activity. For more than a year, overly optimistic sellers and squinty-eyed bottom feeders had been staring each other down. Neither group flinched. In 2009, the number of land deals in the Lone Star State plummeted to its lowest level in 15 years.
“It has been very difficult the last few years to sell anything of any size,” says Charles Gilliland, a nationally known specialist in rural land at Texas A&M’s Real Estate Center. As proof of this point, Gilliland singles out the saga of New Mexico’s Bell Ranch, which Orvis Cushman & Wakefield brought to market in 2007 at a sky-high listing of $120 million. Two years later, the sellers not only lowered the price, but they tacked on an additional 40,100 acres to entice prospective purchasers. Another year passed before the ever-shrewd John Malone, CEO of Liberty Media and the nation’s largest landowner, snapped up the Bell for half the original ask.
It goes without saying that Camp Cooley can boast neither the size nor the history of the storied Spanish land grant. But it does possess three attributes that have never been attributed to the Bell: location, location, and location.
Named for a Civil War muster point, the 10,600-acre cattle operation was patiently pieced together from 40 separate tracts by a Houston businessman who had made his fortune in the liquor business. Bert Wheeler poured his profits from bourbon and beer into his ranch on the Navasota River just a short drive from his Houston home. Among major Texas ranches, Camp Cooley is a standout in this regard. It features unparalleled proximity to the state’s major metropolitan areas: 130 miles to Houston; 150 miles to Dallas; and 180 miles to San Antonio. At just a little over an hour and a half from Austin, is it any surprise to learn that at some of Bert and Mae Dean’s parties, the guest list ranged from royalty to the likes of Senator Lyndon Johnson and Governor John Connally?
Klaus Birkel purchased Camp Cooley from the Wheelers in 1991. A native of Germany, Birkel had first visited the ranch the year before on a hunting trip. Impressed with the opportunity, he added his own flair to the ranch’s tradition of hospitality. It wasn’t uncommon for Birkel’s cattle sales to draw as many as 1,000 guests to the ranch. But to its new owner, Camp Cooley was not just a getaway. It was his life’s work. 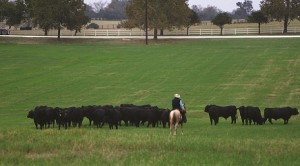 After taking title to the ranch, Birkel implemented a massive campaign to enhance and improve existing operations. In the years that followed he methodically invested nearly $20 million in a long list of essential capital improvements, upgrades that every landowner dreams of doing: developing water wells, burying miles of fiber optic cable, updating irrigation systems, adding pens, and upgrading the existing exotic game preserve. Birkel’s crews improved pastures, put in new fencing, and modernized existing houses, outbuildings, and other infrastructure.
In a 2011 interview with the Bryan-College Station Eagle, the ranch’s former VP of marketing described the effects of Birkel’s investment. “All levels of education and skills were employed at the ranch, and there were easily more than 50 employees at one time,” Joe Fuller said.
Thanks to Birkel, Camp Cooley now has 7,500 acres of improved pasture, 200-plus miles of fencing and traps, a large main house, a 17-room executive office facility, a sales pavilion, a mechanical shop complex, a computerized fueling system, and staff housing. It is home to one of the state’s first exotic game preserves, featuring a variety of African and Asian species including sika, fallow deer, impala, and eland.
Birkel’s crowning achievement was a seed-stock operation that specialized in registered Angus, Brangus, and Charolais bulls. To maximize quality, he developed state-of-the-art genetics. In 1998, two calves were successfully cloned by scientists at Camp Cooley. At its peak, Camp Cooley Ranch penned and pastured 4,500 cow-calf pairs and 2,000 bulls.
“I think our biggest achievement is we brought a lot of service and support to our customers to make them successful,” Birkel told the Bryan-College Station Eagle. “Not only genetic-wise, but consulting. How they should manage their ranch. How they should do their breeding program.” 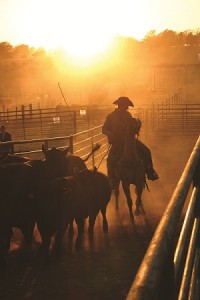 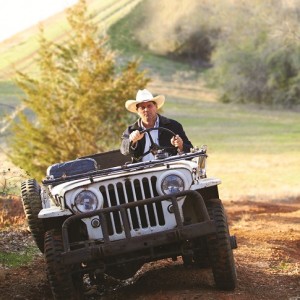 Initially, Uechtritz’s marketing plan worked like a charm. “The first thing you have to do is bring the wolves out of the woods. You’ve got to identify the folks who have always wanted to buy the ranch but were waiting to buy it from the bank. You have to figure out who’s working the back door and bring them through the front instead. The next step is to find out who’s sitting on the fence and then convince them to put their cards on the table,” he says.
To that end, he studied blogs, talked to locals, and tracked down brokers who had tried, and failed, to market Camp Cooley. “You must go 180 degrees from what every broker has tried before, even if that means being controversial,” he says.
“Bernie operated at the bank officer level, and I was worked at the lawyer level, and all the while we had to manage the client’s expectations,” Battaglia says.
Potential buyers expressed interest and made offers, but when a junior lienholder leaked details of the settlement, the calls stopped coming in. More than 40 creditors had a stake in the deal with Amegy Bank and Lone Star Bank the largest. The creditors posted for foreclosure; the case went back to bankruptcy court.
Uechtritz’s next challenge was to convince Judge Ronald King not to foreclose. He urged the Chief Bankruptcy Judge to allow the ranch to be offered at auction.
“The most likely alternative would have been for the banks to foreclose,” Uechtritz says. “The vultures could have gone straight to the banks and paid 25 cents on the dollar. Sure, most of the big creditors would have recouped a bit of their money, but the smaller lienholders – the mom-and-pop feed stores and the small contractors down the list – they would have been out of luck.”
Uechtritz also stressed the interests of landowners in Robertson County. “Think about it. If Judge King had allowed Camp Cooley to be foreclosed, it would have decimated property values. In Central Texas, Camp Cooley is the gold standard. Fire sale that ranch, and everybody loses. It’s as simple as that,” he says.
Ronald King ruled that Camp Cooley would not be foreclosed. Instead, he set a sale date of August 4. The fact that this was just 45 days later was the least of Uechtritz’s worries.
How do you go about interesting qualified buyers in a multimillion-dollar property that is tainted by quarantine, bankruptcy, and acrimony?
Uechtritz began his prep work. First, he hired Hall & Hall Auctions to conduct the actual auction. Then he began reaching out to prospective buyers.
“Bernie obviously knew ranches. He knew the iconic, unique characteristics of this property. He certainly had experience with properties that were comparable in appeal to the marketplace,” says Robert Albergotti, a partner at Haynes and Boone, which represented Amegy Bank.
“Bernie was the one who did all the reaching out to potential buyers,” Albergotti adds. “He never overpromised or underdelivered, which is a good way to run your business.”
By the fate-filled Thursday, Uechtritz had invited 22 pre-qualified buyers; that afternoon 17 made their way to the ranch. “The sale was extremely well attended,” Albergotti says. “There was a lot of interest, and there were a lot of bidders there.”
Suddenly, everyone began looking at their cell phones. Bidders got up and stepped outside to take calls. Unemployment numbers had driven down the Dow more than 500 points. Even worse, oil and gas prices were falling sharply.
But Uechtritz had made sure that those in attendance were not fair weather buyers. In addition, he knew Camp Cooley was no ordinary opportunity. He worked the room. Only once in the previous six decades had it changed hands.
As soon as the bidding started, concerns about Wall Street tailed off. Bidding on the surface rights, the royalties, and the entire ranch was spirited. From start to finish, the 2011 Deal of the Year took less than an hour to close at $28.5 million as Circle X Land & Cattle Co. prevailed. 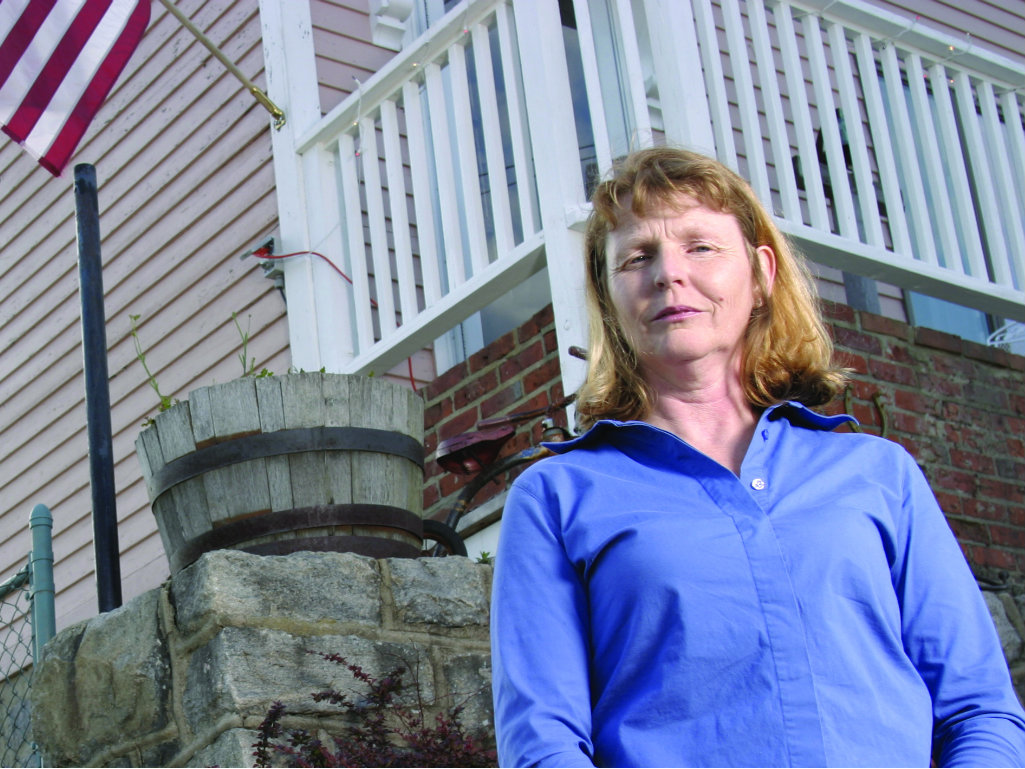 A decade has passed since the Rehnquist Court’s … 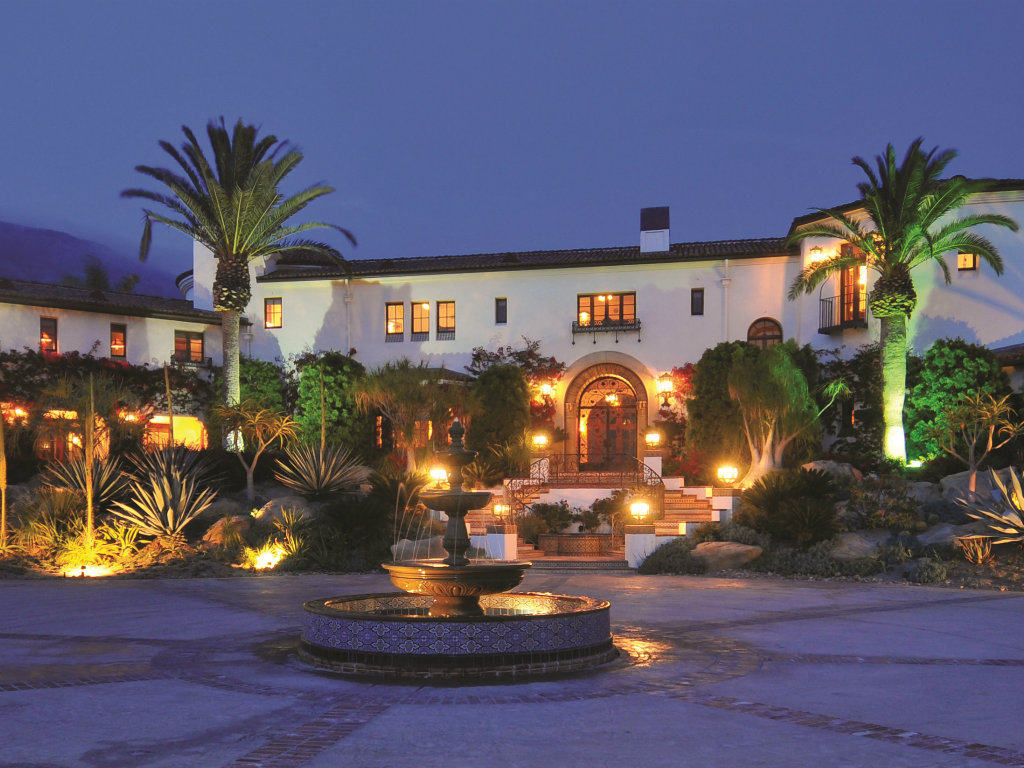