The Driving Force of All Nature? Water! 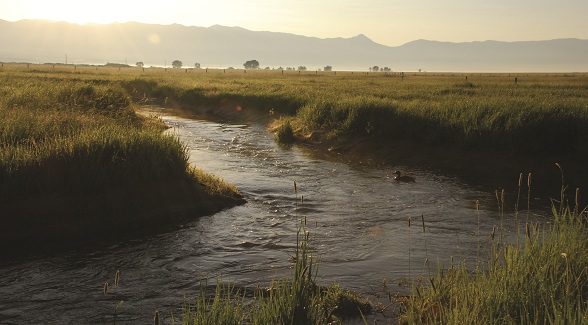 Water. It’s the lifeblood of your land. No other feature rivals this resource for enhancing habitat, nurturing biodiversity, and bringing beauty (and value) to your property.

By Corinne Gaffner Garcia
Stand in the middle of Montana’s Running Colter Ranch and perk up your ears. If you listen closely, you’ll hear the sweet summer melody of Western songbirds, the rude quacking of a duck, and maybe even the honk of an occasional Canadian goose. Listen more closely, and I promise that you can pick out the swishing sound of big bunches of native grasses catching the wind and bending in the breeze.
These are exactly the sorts of sounds one would expect to hear on a ranch in Montana, right? But on the Running Colter Ranch, they mean much more. They mean the plan is working. Just five short years ago, this ranch was a dried-up stretch of ranchland. Deep cracks in the dirt revealed rusty pipes. The wetlands that once existed had long since been filled in. Brown grass spread out as far as the eye could see – brown grass that is now lush, green, and full of wildlife.
The reason? The sound that is hardest to hear: the sound of running water.
It’s a prime example of revival, restoration, and dedication, and it all revolves around water. “Water plays that central role in the biodiversity of our resources, our private property, and our environment,” says Mike Sprague, founder of Montana-based Trout Headwaters Inc. (THI).
“Water is the key to life” is Sprague’s motto, and he should know. Throughout his career he’s worked with water. Sprague founded THI in 1995 using state of the art technology and scientific practices to help landowners across the U.S. restore and protect the wetlands and water systems coursing through their properties.
And the results of his work — whether it be a current 100,000-acre project featuring three watershed systems in the Rocky Mountains or a 100-acre parcel on the East Coast — have been no less than inspiring. 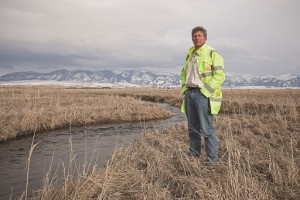 Sprague has observed a compelling phenomenon that occurs once a landowner restores waters to their purest forms. As a result of this effort, every aspect of the land — from the economic value to the aesthetic elements and everything in between — is enhanced. Healthy, happy waters bring nature back in balance. They provide an alluring habitat for native birds and migratory waterfowl. All species of wildlife flourish, including pesky varmints.
Rejuvenating a watershed increases productivity for farming and ranching. It creates superior recreational opportunities and viewsheds. And it strengthens the relationship that owners have with their land. There’s also the future factor, leaving the land better off for future generations.
Consider the 700-acre functional farmlands of the Running Colter. Lands such as these, with a century of agriculture use, were impacted with human-caused issues revolving around farming, development, infrastructure, and mismanagement. This can include improper grazing techniques, pesticide use, and wetland disruption.
It wasn’t that the previous landowners purposely meant to do any harm; more than likely they were adhering to the ag procedures of their day. The ranch’s previous owners had no intention of causing long lasting harm to the land.
Examples of this on the Running Colter included filling in wetlands and diverting streams underground. These practices allowed for more agricultural water in the short term, but much less in the long run– to the point where the native landscape slowly dried up. Native plants were supplanted by noxious weeds. Wildlife sought more fertile forage. Last but not least, farming yields eventually diminished.
After decades of decay, the Running Colter Ranch was acquired by a private conservation fund in 2008. Sprague’s team at THI was put in charge of restoring the wetlands and stream systems.
“At first, it was difficult to imagine what the water here could become,” Sprague says. “The bulk was wetland more than 80 years ago. Now it was in pipes, and the wetland areas were filled. The land had become increasingly drier.” 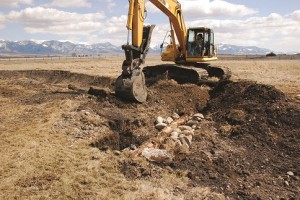 Sprague’s team dug in, literally, and spent a year re-elevating groundwater to restore streams and shallow wetlands. Then they created a management plan that involved leaving much of the landscape to heal up naturally.
Five years later, the barren landscape is a thriving wetland habitat. “You almost can’t believe you’re standing on the same property,” Sprague says.
Sprague appreciates the resurgent ecosystems firsthand. Since revitalizing the ranch’s waters, he has fly-fished and hunted the Running Colter many times. “We’ve also reestablished valuable irrigation for farming and recreational activities,” he adds.
So what lessons can be drawn from the Running Colter Ranch restoration project? What are the implications for other landowners around the country?
According to Sprague, there are many. And they begin with a simple understanding, one that concerns the disconnect between our water needs and our water sources.
“For most of us, we tend to think of water in a very utilitarian way,” Sprague says. “After all, the vast majority of the planet is covered by water, but a very small percentage is useful to us.
Sprague explains that there is a perception that the water running through our land is all fine and dandy. In many cases, especially when landowners have bought properties once primarily used for agriculture, that’s not altogether accurate.
When a landowner acquires a property with this kind of history, he or she faces problems that involve the deterioration of watersheds, an extremely common yet unintentional byproduct of historical agricultural practices. When a watershed deteriorates, so do many other living things around it. Some of this damage can go unnoticed at first. After all, if there is no visible debris in a streambed or a drainpipe dumping toxic waste into a river, the damage can be hard to detect for the untrained eye.
It’s also difficult for the untrained eye to imagine the impact of better waters. Biodiversity allows countless elements to thrive. Even if water-rich landowners are uninterested in using this asset for economic purposes, such as farming or ranching, most still want to protect the potential economic, aesthetic, and recreational values. “It becomes a question of managing that small finite resource,”
Sprague says.
But how does one go about assessing the damage and then fixing it? Although it sounds daunting, according to Sprague it doesn’t have to be. “Oftentimes the problems can be dealt with in a very cost-effective way,” he says. “Restoration can be done passively or actively, and both ways can have very successful outcomes.”
To identify the disturbances, THI completes an initial consultation at no cost to the landowner. Then they come up with a plan that allows landowners to put projects into phases and take various approaches given the issues identified. 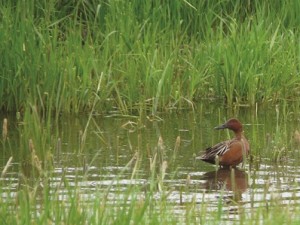 Most improvements fall into one of three basic budget categories. The fastest (and most costly) is a full-on water reclamation project such as the one implemented at the Running Colter. Depending on the size and issues, this can include a year or more of hands-on work with equipment and personnel on the ground followed by extensive monitoring. A middle ground, involving a partial reclamation project, involves consultants mapping out a plan and then letting a landowner implement it.
The slowest but most cost-effective route is a holistic approach based on improving what is already in place as well as future monitoring. “A project can be as simple as marking off the disturbed area, and allowing nature to heal itself, which it does very well when left to do so,” Sprague says.
No matter the approach a landowner decides on to improve his or her waters, the end results are well worth the time, effort, and investment. A landowner now has developed an intimate knowledge and connection with his land, has increased the value and the recreational usage, and has left it better off than when he first came to own it, for future generations as well as neighbors downstream.
“Water is such a centerpiece of so many properties, and it’s all connected,” Sprague says. Then, a serious expression on his face, he adds an all-important closing comment. “It’s incumbent on each one who owns the banks of a stream to keep the water quality up to its purest form. That land and that water are going to be there long after we are gone, and we have the ability to pass that forward in better condition than we found it.” 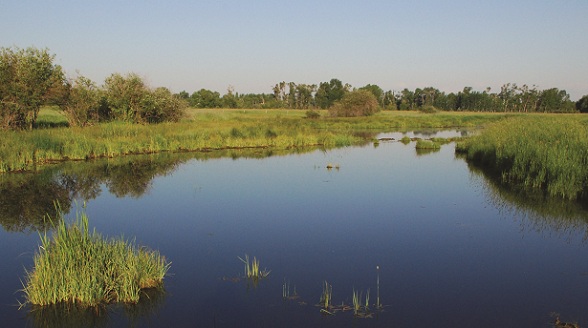 Corinne Garcia freelances for Marie Claire and Country Living. Based in Bozeman, her speciality is penning stories about Big Sky Country. 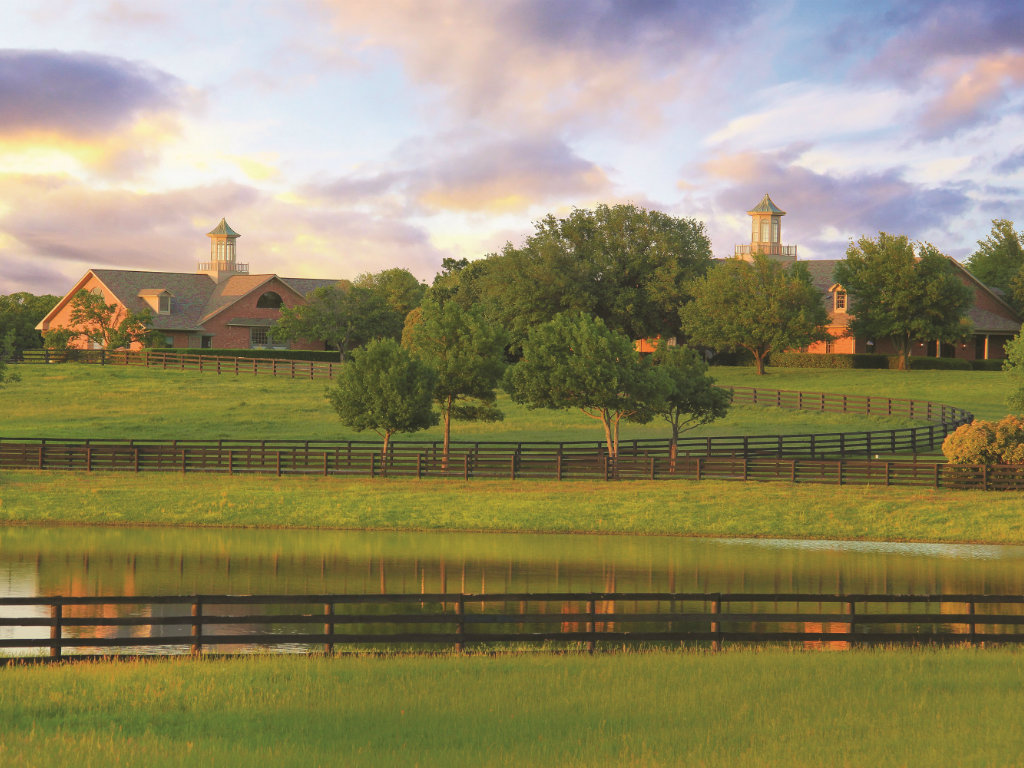 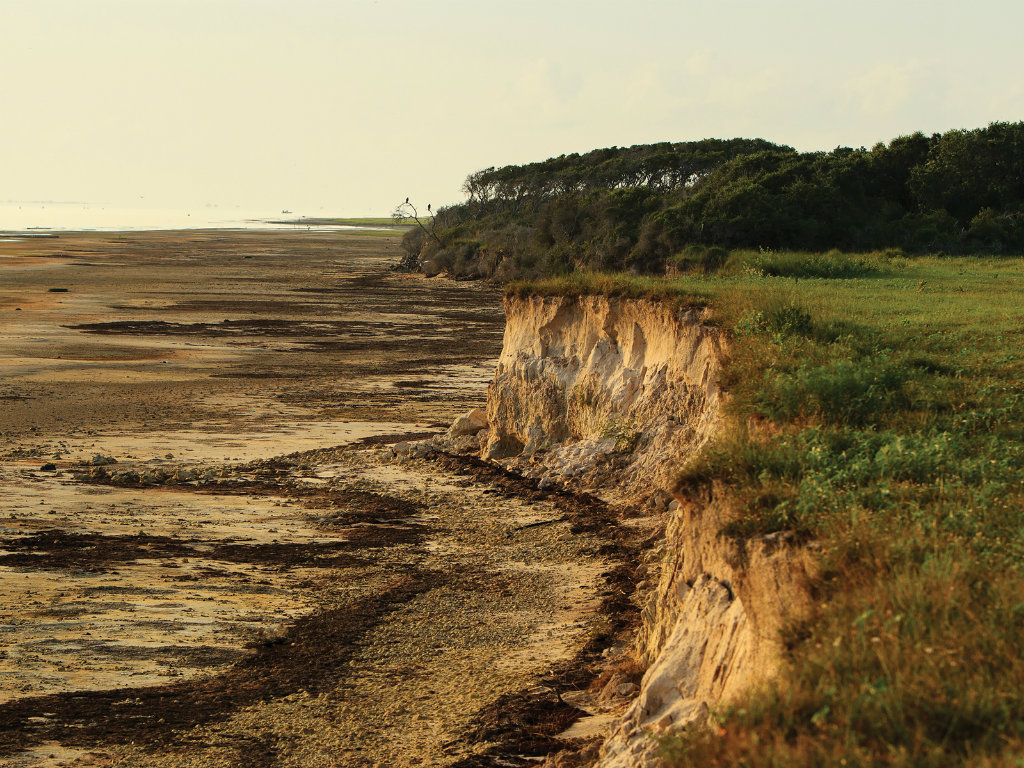 Years of patience and persistence pay off, thanks …