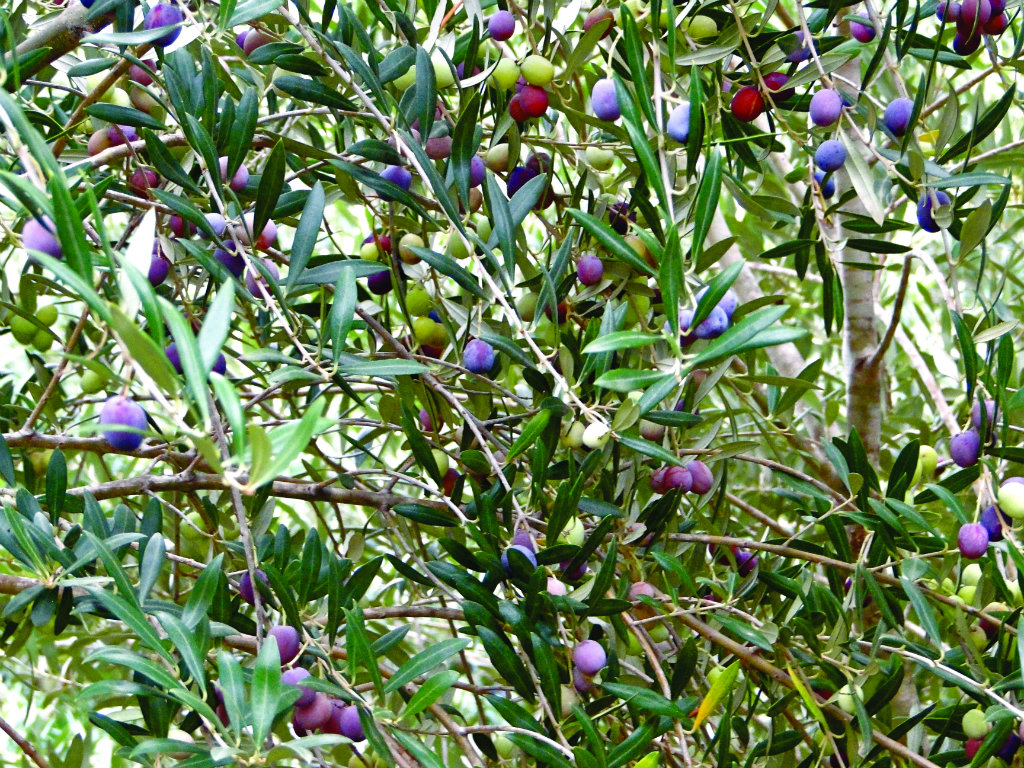 Growing olives in the Lone Star State is all about climate. “Even today people tell us that we can’t grow olives in Texas, but they are basing their opinions on a lot of antiquated information,” says Jim Henry of Texas Olive Ranch.

The Texan has been growing olives since 1993. These days he’s joined by his wife, Karen Lee Henry, their sons, and some 10 employees on the farming side. Texas Olive Ranch markets three extra-virgin oils, and it has 10 to 12 flavored varieties. Their first and oldest farm is in Carrizo Springs, 80 miles north of Laredo, where they cultivate 40,000 trees on 67 acres. It’s a mature orchard with trees approximately 10 years old. A newer orchard, 30 miles inland from the Gulf of Mexico near Victoria, boasts 200,000 trees on 300 acres. It’s a major commercial venture.
“It’s a better area for olives, and I’m looking forward to seeing how it produces,” Jim says. “The most important part is the climate during the blooming process. There’s scientific research about finding that window. Plus the community was very accommodating. When you’re closer to the Gulf Coast, the temperature is more stable.”
Jim credits trips to Portugal and Spain as his inspiration. “They look pretty similar to parts of Texas,” he says. He hopes to make the Texas olive-oil industry a global player, noting that the route to this goal involves large-scale orchards. “There are a lot of smaller farms in the state, but the majority of them are in the wrong place. If we’re going to make this an industry, it’s just not going to work with these 10-acre orchards.”
His entrepreneurial mind has identified a profitable niche in the marketplace.

Much of the olive oil currently sold in the U.S. is not extra-virgin, a key reason he and his artisanal colleagues are proponents of label regulations and quality standards.
The Henrys have been together since 2008, and the industry seems a natural fit for both. Jim had no background in horticulture, but his aunts and uncles and grandparents were farmers. “Somehow it morphed into my body though I was never a farmer until I was in my forties,” he says.
Karen grew up in Texas, earned her Ph.D. from the University of Texas in consumer psychology, advertising, and marketing, and was the creative director for a restaurant chain. “I decided the next time I had to change careers I would do something to balance my karma,” she says, “and olive oil is about as good as you can get for that. There are no boring people in the olive oil business.”
The couple met after Jim started planting. “I met him after he had a crop, and I was going to market it,” says Karen. “I spent more and more time in the olive orchard and basically fell in love. The label design was a joint effort. He began the project, and now I manage it.”
Jim’s retail training and Karen’s marketing, branding, and advertising research expertise have already paid off. “In order to move a high-end artisanal product before you even plant it, you’ve got to figure out what to do with it,” notes Jim. “It’s very hard work. You’re competing with importers and people all over the world.”

Karen credits farmers markets with much of the business’s early success. “The way that we got from growing olives and making olive oils and having a regional brand was farmers markets. In 2007 we had a bunch of olive oil and bottled it and didn’t know how to sell it. We made a date, and I met Jim on Valentine’s Day in Austin. I said, ‘How are you going to sell it?’ I started flavoring the olive oil. He was horrified, because it was taking some really good high-quality olive oil and flavoring it up. I started taking it to the markets. I made some balsamic vinegars as well and put up a booth and had no idea what to expect, but I set up in Austin and sold it hand-over-fist. Jim came down one Saturday and said he never saw people so eager to buy. We have been doing between 15 and 20 farmers markets all over the state ever since, mostly in metropolitan areas, but also in Uvalde and Harlingen and New Braunfels. On any given weekend during the summer it’s between 15 and 20, and that’s how we grew our brand. After the first round we went back to HEB through a food broker, and they chose five products.”
Says Jim, “You have to ask, what is your objective – to have 10 acres of olive trees and just make Christmas presents – or do you want to make money? You just don’t give up. Most farmers get beat up by the weather and you just have to be an optimist. Farmers are the most optimistic people in the world. With the eat-local movement there’s a huge opportunity to produce world-class olive oil. It’s not a paved-gold road to riches, but the opportunities are immense.” 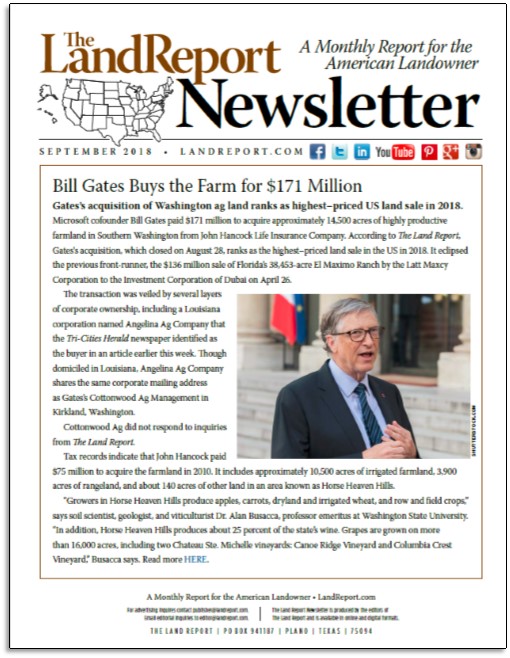 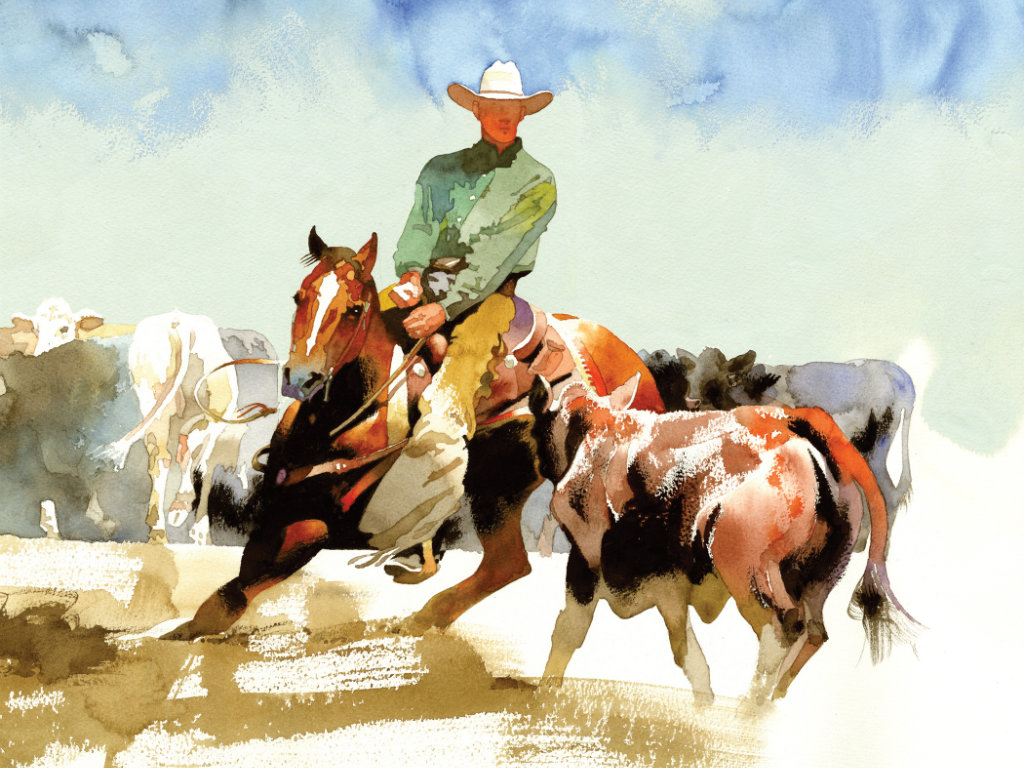 From Texas ranches comes an American original. by Eric O’Keefe The American Quarter Horse did not …