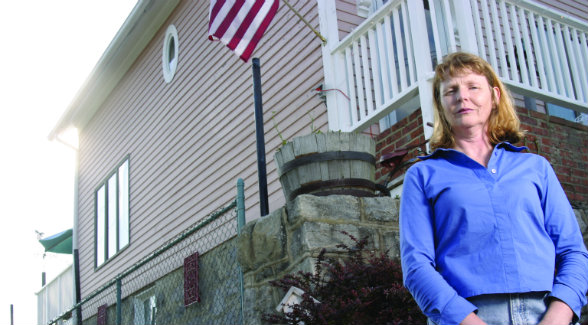 One of the greatest missteps by our nation’s high court will be featured on the silver screen next year.

Producer Ted Balaker can remember the exact moment when he first learned that the Supreme Court had ruled 5-4 against Susette Kelo, as well as millions of other American property owners, in the now infamous 2005 decision Kelo v. City of New London. In the nine years since the split decision was announced, the landmark case has achieved notoriety akin to Roe v. Wade and Bush v. Gore.
“I worked in journalism at ABC News, and I’d been following topics just like this. I was interested in ideas related to urban policy and how people live from a research and artistic standpoint. But I had no idea that I would one day be in a position to make a movie about it,” he says.
Balaker and wife Courtney, through their Korchula Productions, recently acquired the film rights to Little Pink House: A True Story of Defiance and Courage (Grand Central Publishing). Jeff Benedict’s riveting narrative, complete with statehouse intrigue, seductive power players, and an endless series of plot twists — is a real-life rival to House of Cards.
As the heart of this story stands an inspiring citizen by the name of Susette Kelo (above), whose ceaseless battle to save her dream home is a gripping sage, one whose disappointing conclusion at the apex of our judicial system deserves to be retold if only to forewarn those not familiar with the government’s ability to seize private property for public use.
Kelo, a hardworking nurse, purchased and painstakingly renovated her beloved little pink house overlooking the Thames River in the historic Fort Trumbull section of New London, CT. Not long after moving into her home, a complicated political scheme was set in motion to remove her little pink house and all the others in her neighborhood. The goal was to replace them with a far more lucrative landowner: the global pharmaceutical giant Pfizer. In order to build a research facility in New London, Pfizer needed high-end living quarters and accommodations to house researchers and staffers, And in order to boost the economy of the beleaguered community, the city council needed Pfizer. There was just one catch: Susette Kelo wasn’t going anywhere.
“Susette wasn’t looking for attention. She just wanted to have a quiet, peaceful life and look at the water,” Courtney Balaker says. “Instead she was stuck in these horrible circumstances. She was bullied. The house next door to her was set on fire. Others were bulldozed. Policies were snuck through the city council. It was awful.”
Yet instead of knuckling under, Kelo and several of her neighbors stood their ground as they endured countless examples of intimidation and the blatant abuse of governmental power. “She stood upon principle. She wasn’t doing this to get a movie made about her,” Ted says.
One of the most interesting plot twists was that no one, including Kelo, denied that New London was in dire need of economic revitalization. In fact, the opposite held true. Kelo and many of her neighbors were all for it. But the approach taken by wheeling and dealing government officials at the city and state levels was to do it at the expense of the very people they were sworn to serve. At no time did the development plan ever consider incorporating the existing structures in historic Fort Trumbull into the overall development plan.
In the end, Justices Breyer, Ginsburg, Kennedy, Souter, and Stevens ruled in favor of the City of New London. In her dissent, Justice Sandra Day O’Connor wrote, “The specter of condemnation hangs all over the property. Nothing is to prevent the state from replacing any Motel 6 with a Ritz Carlton, any home with a shopping mall, or any farm with a factory.” And the punch line? In 2008, Pfizer jumped ship and abandoned the New London research facility. The area where Kelo’s home once stood now stands empty.
“There has not been a case in Supreme Court history over the last 50 years that’s been more universally reviled than the Kelo decision,” says William H. “Chip” Mellor of the Institute for Justice, a non-profit libertarian law firm and the lead attorneys on Kelo v. City of New London. “People understood very deeply that allowing government to take your private home or business and give it to a private party so they could get more tax incentive was frankly wrong, unjust, and un-American. People understood that this could happen to anyone.”
Even after the divided Supreme Court ruling was announced, all was not lost. The public outroar that ensued led to the reform of eminent domain laws in 47 states. Even with strict or reforms, however, Mellor warns that some states have created stricter laws than other, and this could have an effect on property owners to this day.
“As the recession is dying down, we’re seeing that we are still in need of more reform,” Mellor says. “As the economy starts to rebound, tax hungry officials are looking for ways to make it easy and convenient to develop more projects.”
Perhaps the Balaker’s film will remind viewers of the importance of this reform, and the importance of fighting for stricter regulations. “This puts a human face on eminent domain,” Courtney Balaker says. “These are real people, and their lives have been truly affected through a 10-year ordeal that shows the strength of human endurance.”
Through Korchula Productions, the Balakers focus on the motto: “Making important ideas entertaining.” When the Institute for Justice approached the couple about making the film, they immediately saw the project as a no-brainer. Now that the film rights have been purchased and the screenplay completed, they are hoping to complete production in time for the 10th anniversary of the Kelo decision next year.
“The story of Susette’s fight has all the makings of a classic Hollywood success,” says Mellow. “There’s a true heroine, several evil villains, and a valiant fight with drama and human interest.”
Adds Ted Balaker, “There are little pink houses all over America.” 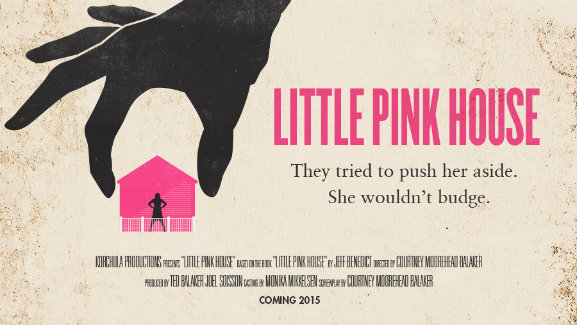 President Trump has directed the Department of the … 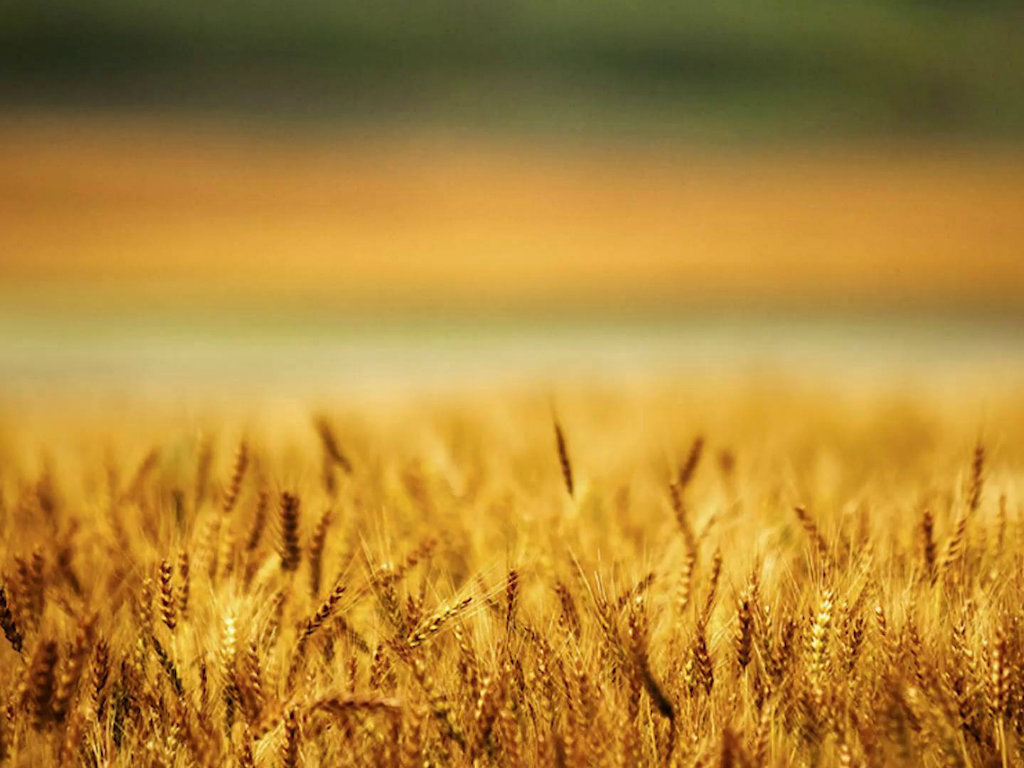 The agricultural sector in the Tenth Federal Reserve …